If you’re like me, when I first watched Minimalism: A Documentary About the Important Things, I was instantly drawn to the ideas of simplicity, authenticity, eco-friendliness, and financial freedom. I was in college at the time, living in debt and with the impression that despite everything I had in life, I needed more. Minimalism created a beautiful paradox for me– while it relieved the stress of chasing someone else’s life, it also felt like practicing it would somehow take away part of my identity. If I removed my sense of fashion, my life aesthetic, my self-representation through things I owned, what would be left? What would I chase, if not the image of the ideal Rachel?

The answer, of course, is that I would chase the actual ideal Rachel, who isn’t controlled by her things or her image, but by her graciousness and tenacity, among other traits.

But, at the time, the image of myself seemed so tied to my actual self, as if I couldn’t quite separate them. I think this is something everyone deals with, especially in the age of social media. I also posit that it is something women struggle with disproportionately as a result of the cultural expectations we face.

Most of us are aware that the clothes women wear greatly affect the way people view them, while clothing choices seem to have much less weight in how men are seen. The classic example of this is the male news anchor who pointed out that no one noticed that he wore the exact same cheap suit almost everyday, while his female counterparts would receive mostly negative comments and feedback about their outfits. During the parts of Minimalism that dealt with clothing, I couldn’t help but think about this discrepancy.

There is a reason why fast fashion is marketed primarily towards women, as well as why there’s a huge difference between men and women in things like the average amount of shoes they own. But women are also expected to own more things in categories other than clothing, such as makeup, hair care, hair removal, and other personal care products. While the majority of these items are not “necessities” in the strict sense of the word, we are still culturally expected to and rewarded for putting more of our time, energy, and money into beauty. This makes minimizing these categories of our life feel like much more of a cultural detriment than it would be for a man; essentially, it makes simplifying a lot less simple.

While it’s impossible to ignore these discrepancies and pretend minimalism looks the same across gender, I also think minimalism can give women a lot more freedom from the ways in which consumerism effects us disproportionately. For example, because things like beauty products and clothing were more given more cultural capital in my life, I was unknowingly paying more money on clothes and beauty than my male counterparts. More importantly than just finances, though, I also put far too much weight into how I looked and what I was wearing. This was comparison-driven and based in the underlying idea that I wasn’t worthy, undeniably harming me psychologically as well as financially.

Because of the societal harms that I face as a woman, there is no doubt that practicing minimalism is much more complex than it is for men in general. But for the same reasons, it’s also so much more rewarding. It protects me, in many ways, from these cultural lies, because it forces me to focus on my personal values instead of focusing on what society values. By questioning the true value of every item in my life, I must confront the false value that marketing and social media feed me. And instead of just pointing out the unfairness of being a woman, I get the opportunity everyday to reverse that effect, if only in my own life. 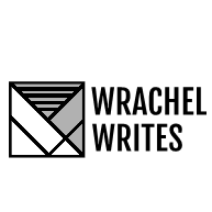 2 thoughts on “Why it’s Harder to be a Minimalist as a Woman, But Why it’s Also More Important”

I had SO MUCH FUN reacting to my old budgets over on my YouTube channel. Head over to see my budgets from the past 3 January’s and hear my reactions! 🤑
Aaaand that’s a wrap for 2021! Feeling extremely grateful for another $20k in growth in an otherwise very expensive year for me. Here’s to 2022 🤑
New video live! I chronicle every dollar I spent in 2021 on my teacher salary 🤑 head to my channel to check it out!
I am an absolute podcast fiend. To be honest, most of the podcasts I listen to aren’t related to personal finance. However, there are a few mainstays that I always stay up to date on. Head to my YouTube channel (bio) to hear my $ pod recommendations 🎙
I can’t believe that it’s the final month of 2021. If you’ve made it through all or most of our previous goals, you have a lot to be extremely proud of. In all likelihood, even if you just stuck to the first goal, you’re more on top of your money than the average person. And while I’m so happy to have been able to offer a bit of guidance, all of your accomplishments are entirely your own.
A lot of Americans struggle with spending more than they make, and this tends to be where personal finance influencers focus their content. However, there’s another very common phenomenon that I don’t feel like we talk about enough in this space, and this type of person flies under the radar because they do have some good $ habits.
Loading Comments...
%d bloggers like this: